Mardi Gras, otherwise known as “Užgavėnės” is a traditional Lithuanian winter folk festival celebrated on Tuesday before Ash Wednesday – the time before the start of Lent. It’s a day of laughter and pranks that focus on the rites and spells that drive out winter demons and waking up a frozen land from a deep sleep, giving it the power of fertility. The festival is full of folk humor, wisdom, and creativity. The main symbols of the celebration are masks, pancakes, the fight of Lašininis and Kanapinis, and the burning of Morė. 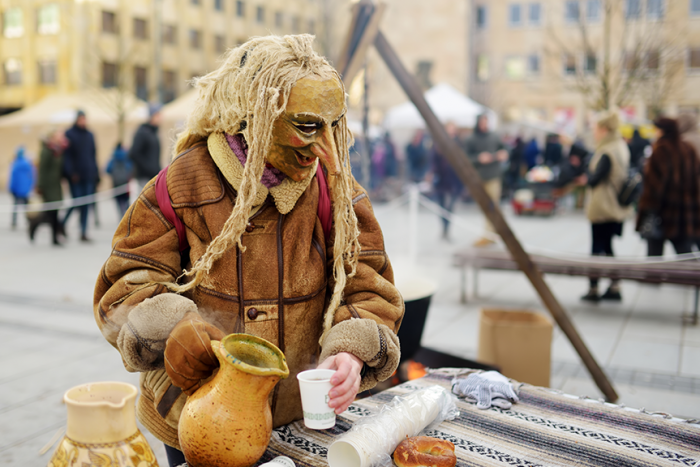 Baltictours.com invites you, to find out when and how Lithuanians and their ancestors drove out winter from their yards and country in the text below:

It is believed the origins of Mardi Gras dates back to the days of Pagan gods, but due to lack of old resources, we can’t say when exactly it began in Lithuania. Lithuanian information about this day reaches only the 17th century and only describes the entertainment of the students during Mardi Gras. Therefore, in the 20th century, Mardi Gras was forgotten in many regions, except in Žemaitija. Around 1985-1990 festival was revived and other regions have adopted Žemaitija region traditions, which are closely linked to Christianity up to this day.

Mardi Gras has many traditions like playing games, singing and dancing. The most important and popular one is a battle between spring man called Kanapinis and fat winter man Lašininis, in which Kanapinis always defeats Lašininis and thus announce upcoming spring, the beginning of the working season, and the end of laziness. At the end of the festival, the symbol of winter called Morė is burned, to confirm that winter is leaving the land and spring coming back to Lithuania. As well, to burn flaws and sins of the people. 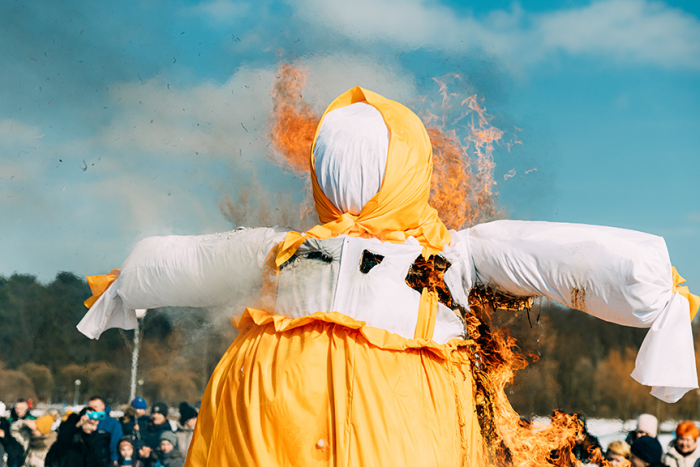 Masks are one of the main attributes of Mardi Gras. The most important thing is that the Mardi Gras garment would be unusual, it must stand out and scare the winter. People dress up and hide under various themed masks. Goat, bear, grim reaper, beggar, Gipsy, and Jewish masks are especially popular. Therefore, disguised people that impersonate mystical creatures, beggars, Jews, and Gypsies dance, sing the song “Winter, winter-run out of the yard”. Important to mention that disguises were not meant to make fun of, but to emphasize that they were from another world. 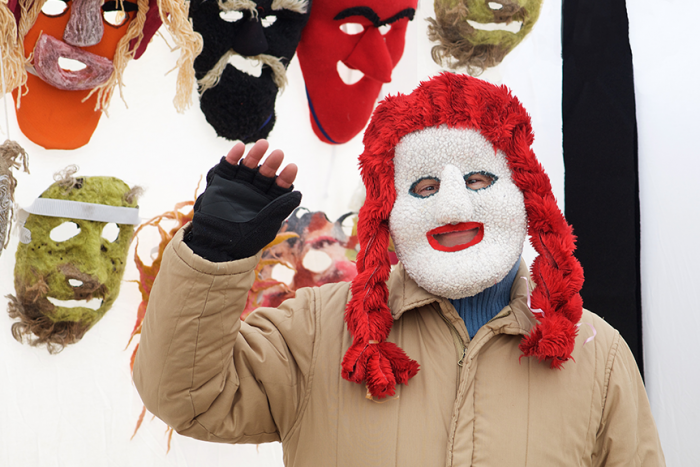 During the Mardi Gras festival, one is allowed to eat a rich and oily meal for the last time, because, in Christian culture, the time of fasting begins on Wednesday. In the past, it was customary to eat meat 7-12 during the festival. It is believed it will give you strength and a sense of fullness all year around.

The main dish for Mardi Gras was not only pancakes but also pork head, a fatty mixture of groats and peas, meat jelly, potatoes, and donuts. Every household was obliged to have baked pancakes, which symbolise the sun. In case a large group of children or people in costumes will request it in exchange for a poem or acting. 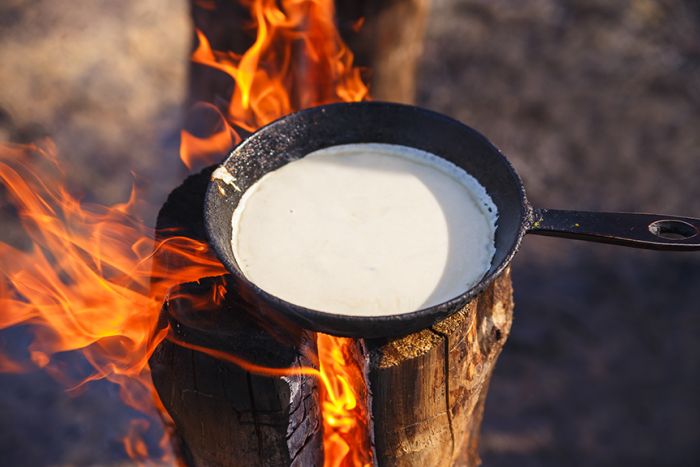 Mardi Gras is celebrated in every region of Lithuania. The biggest celebration takes place in the Lithuanian folk museum near Kaunas city – Rumšiškės (the weekend before Mardi Gras). In this biggest open-air, ethnographic museum in Europe, you not only can celebrate Mardi Gras but also see a representation of 18th -20th century Lithuanian regions: Dzūkija Aukštaitija, Suvalkija, Žemaitija, and Lithuania Minor. So, if you are interested, here is the best and the most traditional place in Lithuania to celebrate Mardi Gras. 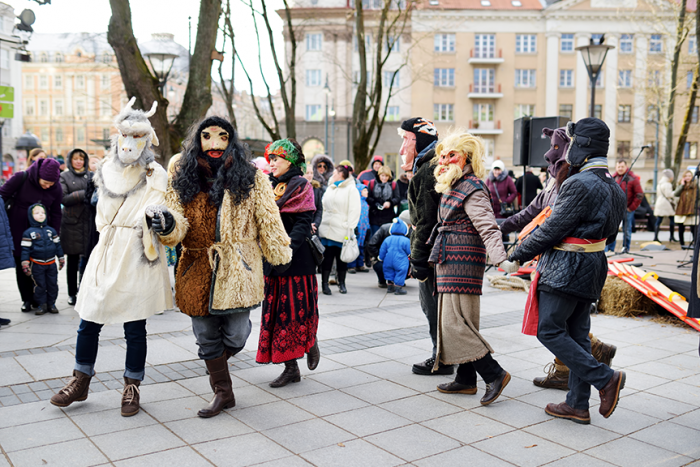 Do you want to know more? Book now with Baltictours.com and help Lithuanians to drive out winter from their land!