Bread is a traditional food, baked from immemorial times and has a special place in Lithuanian culture – not only as food, but also as one of the main symbols of the nation, occupying the most honourable place on in the hearts on Lithuanian people.  Baltic tours invite you to learn more about Lithuanian bread and what does it mean for the country.

The origins of bread dates back to the early Neolithic times when millstones were invented.  The hard bread then was baked from the mass of grain and water.  With the advent of agriculture and grain cultivation, unleavened bread was created and baked on priced flat stones.

In Lithuania, written sources mention that bread has been used since the first century after Christ and baked in the 2nd-3rd centuries. Therefore, until the 20th century, the bread was the main Lithuanian meal baked in two ways: sourdough and unleavened. 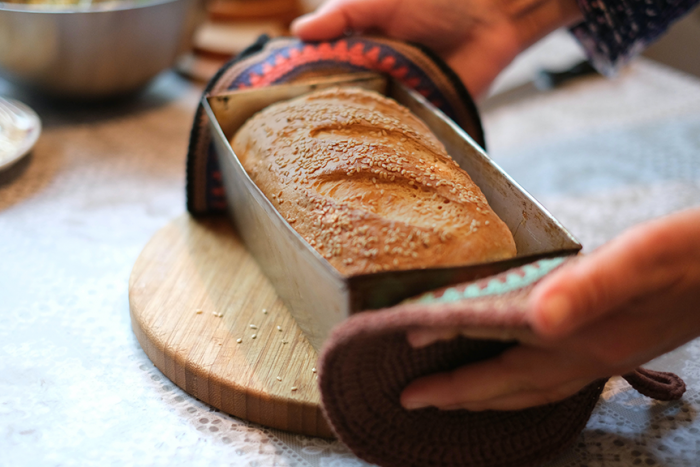 According to Lithuanian folk wisdom, bread symbolizes human strength, mind, self-control, loyalty, kindness, humility. And, of course, first and foremost, the most important daily food. Therefore, bread in Lithuania is a symbol of life, testifying to well-being, happiness, and fertility with its miraculous powers.

The benefits of bread

Bread – a great source of energy.  It is rich in various vitamins needed by the human body, especially potassium, sodium, chlorine and sodium. The bread also contains fibrous substances, which are broken down by the intestinal microflora. Therefore, bread is widely used in Lithuanian folk medicine to prevent serious diseases, hard to heal abscessing wounds and soothe frightened children.

Various prophetic signs and superstitions are associated with bread in Lithuania. It was believed that a loaf of bread, or even bread crumb, was related to human life. For this reason, it was not possible to throw away bread, leave an uneaten piece on the table, because another person might eat your part of life. As well, take the last slice if no one offered to you and even to give up offered bread. 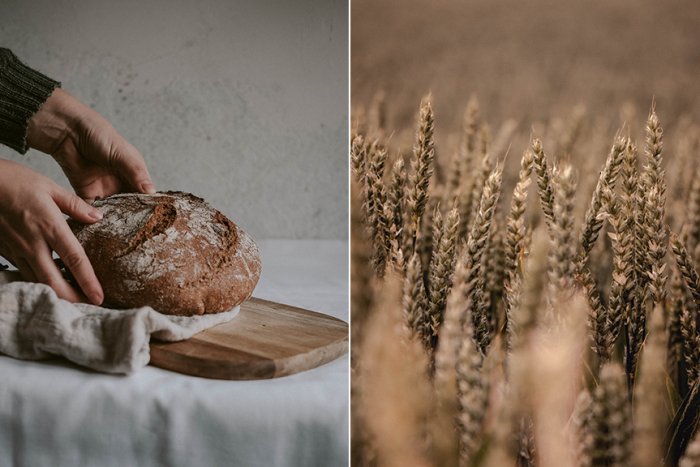 Lithuanian bread has long been accompanied by a variety of customs like carrying piece of bread in the pocket that was sanctified by the church or making crosses and circles on the first bread loaf, which symbolizes fire and sun. Therefore, the most commonly used custom throughout Lithuania today: people reverently lifted a piece of bread that fell to the ground, kissed it, and ate it. People believed that if you will apologise to bread that fell from the table, it would not get angry and would not leave the house.

Types of bread in Lithuania

Bread in Lithuania is usually made from rye, wheat, triticale flour that are mixed, formed, loosened, and fermented with yeast and lactic acid bacteria. The most popular and recognized national heritage of Lithuania is dark rye bread. Traditionally it is made from kneading whole grain rye flour, water, and seasoned with salt or sometimes with cumin or coriander seeds. The bread is baked in a 350 degrees heated oven. Then the crust of the bread is formed that helps the bread to ripen. Today only a few places in Lithuania bake this type of bread. 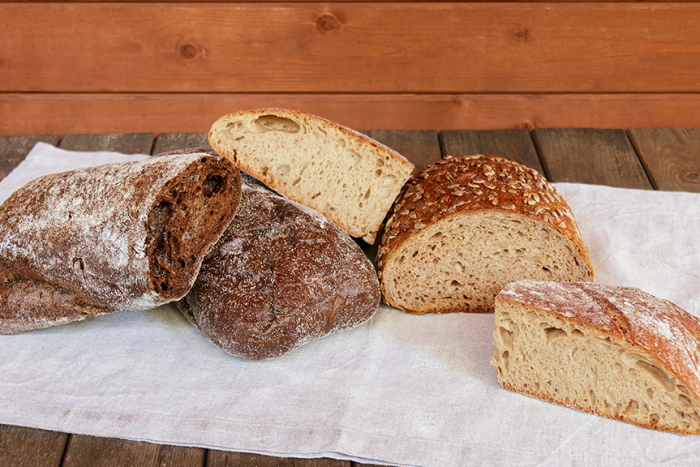 From ancient times on February 5th in Lithuanian culture worshiped the goddess of fire Gabija and every day food – bread, that protected against fire and disease. In today’s, world bread is less often baked at home, but there is large selection in supermarkets and traditional bakeries. Therefore, if you want to learn more about bread and its cooking traditions, visit bread and fire festival in Prienai!