Lithuanian climate is not very favourable for fruit to grow. Only a few fruits can adapt seasonally and grow in Lithuania, including apples. People for a long time have tried to squeeze out everything they can from apples to get the most benefit out of it. For this reason, many recipes were born from apples in Lithuania and are used up to this day.

Over time, and with the possibility of importing fruits from other regions, apples in Lithuania have not lost their value. They are still one of the most favourite and popular fruits in Lithuania that has spread through gardens, history, cuisine, and folklore. So, what should we know about Apples before going to Lithuania? 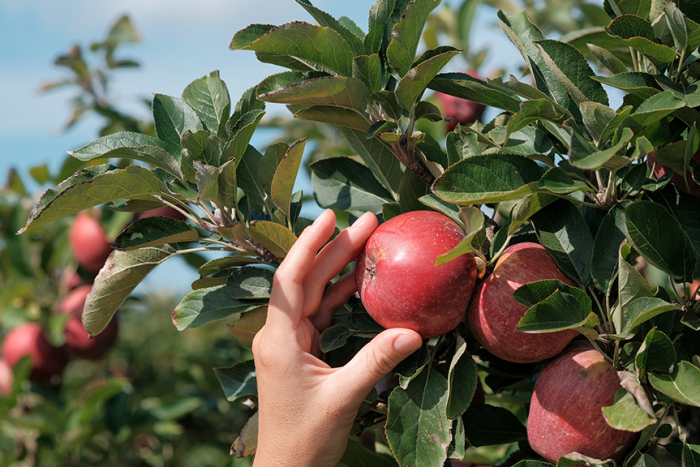 When did it begin?

In Lithuania, domesticated large apple trees began to grow in the 16th century. From then on apple species were sorted seasonally to adapt to weather conditions and be able to produce fruits. Therefore, during the soviet years, apple varieties were studied and apple orchards were formed around major city districts.

Today if you travel to Lithuania, you can find around thousand different apple species. “Alyvinis”, “Saldinis” and “Antaninis” – traditional Lithuanian apple species. Therefore, you rarely will see those old and tall apple species like “Malus Sylvestris” (wild apple) – that originated in the mountains of Kyrgyzstan and Kazakhstan, where its predecessor – “Malus Sieversii” is still found up to this day. However, you can find more than 300-year-old tree near Kaunas – oldest nominated tree in the country. 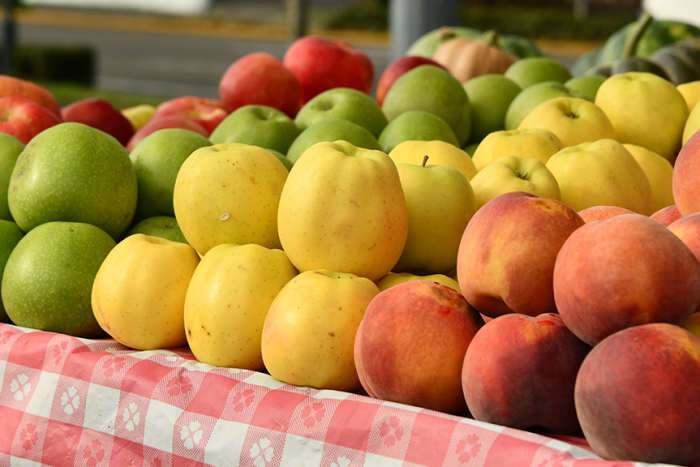 Why Apple is so special?

It’s not in vain that Eve dug an apple. Apples are the most popular autumn fruit among young and elder, eaten both fresh and variously prepared since Neolithic times. They are a great everyday snack and delicacy for the festive table. As well, the main delicacy in Lithuania. They contain vitamins and minerals – potassium. It is a good source of vitamin C and A.

The apple has symbolic meaning in many religions and the mythology of many countries.
In Baltic mythology, apples are compared to the setting sun. In traditional Lithuanian riddles and folk songs sun was referred to as the golden apple – a symbol of happiness and joy, while in other countries red apple – a symbol of love and fertility.

Therefore, in the well-known story of the expulsion of Adam and Eve from paradise, the apple was a symbol of sin and temptation. A woman tempted by the serpent picked the forbidden fruit and with it seduced a man to leave a paradise. Even in Lithuania, Lithuanians had a tradition to hang candies and red apples on Christmas trees, which symbolized the sins committed during the year. Some people do it even these days. 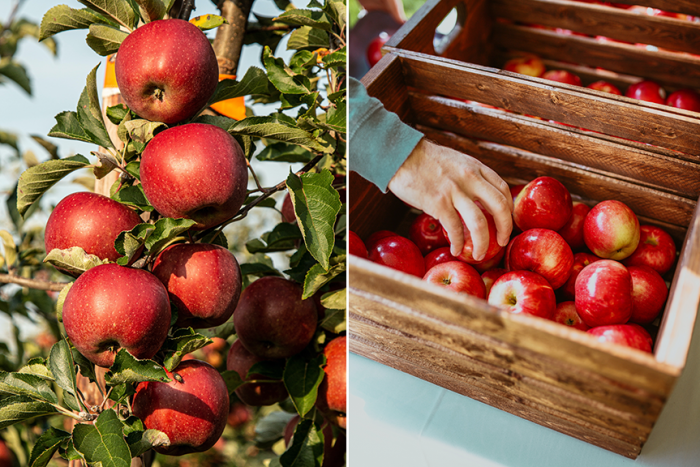 What do Lithuanians produce from apples?

Apples harvest in Lithuania and its households are divided into categories. Part of the harvest is dried, part of it turns into juice, the hardest and most sour one travels to the basement and successfully reaches winter, and part of it turns into jam, compote, cake, pie, snacks, and garnishes for meat. You name it you got it! Especially during major holidays apples are used with chicken, duck, and turkey meat. Do you know why apples are used while cooking in the oven or making various salads? They are a great spice to retain moisture of other ingredients. Apple is a very versatile ingredient to cook.

For example, apples can be used to make cheese, which is a healthy and tasty snack suitable for a vegan diet. As the main ingredients are sugar and apples. People believe that it comes from the manor of medieval nobles. This is because this type of cheese needs lots of sugar. Sugar and honey at that time were a costly pleasure for the average citizen. Probably, the oldest apple cheese recipe is found in the Radvila noble’s chef recipe notebook, or during Poland and Lithuanian commonwealth agreement year. 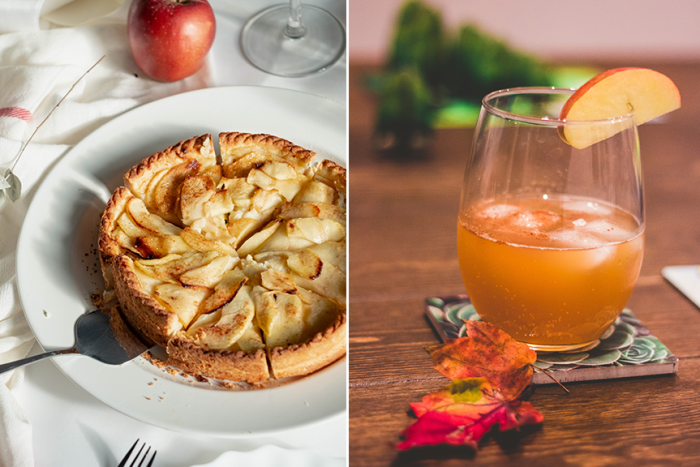 Apple cheese recipe does not require to have many ingredients. It is an easy and quick snack, which doesn’t have to be kept in the refrigerator. Therefore, that makes it a perfect and tasty souvenir to bring along. You can find it in food markets in Lithuania. If you can’t wait and want to make your own, follow the recipe, and good luck with the results! 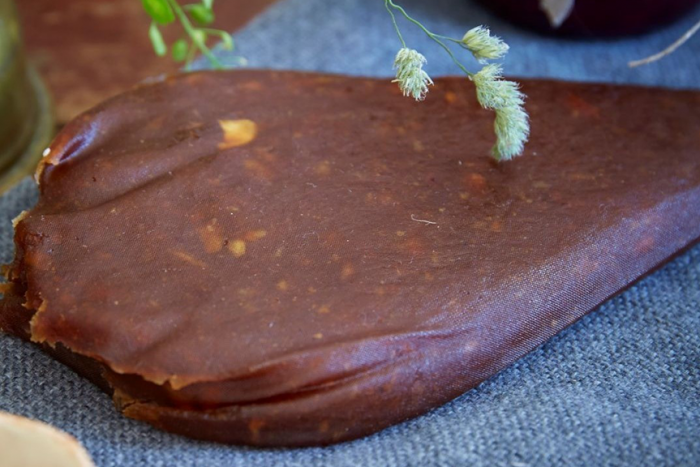 3,5 kilograms apples – best to use sour.
0,5-kilogram sugar
a pinch of cinnamon
1 lemon

Peel (not necessary) and slice apples sprinkle with sugar, cinnamon, and lemon juice. Mix it and leave it for 1 day to make a juice.
Then pour the juice from apples into the pot and cook it until it thickens and the volume is halved. The cooking time depends on the juiciness of the apples.
Then pour in the apple meat and cook, stirring, for about 1 or 1,30 min hour until thickened. Again, the cooking time it’s up to the apple species.
Then a little bit cooled mash damp into wet gauze. Hang it for till it is dry. Or you can keep it on parchment paper, smooth it with a spoon to remove air gaps and leave it to dry. Up to 30 – 35 minutes.
When it is dry cut and eat as a dessert with coffee or tea. 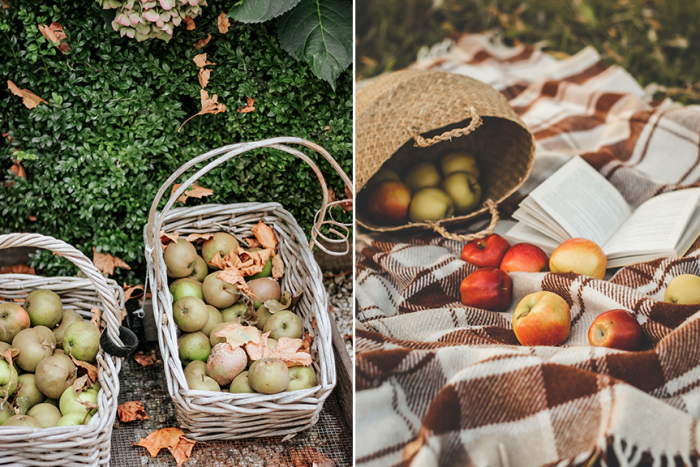