Over the year, 4 days/3 nights

All tours with guaranteed departure!

Someone has just booked this!

Popular now! 5 people are looking at the moment

It’s your chance to discover the world’s worst man-made catastrophes story in the scenes of HBO miniseries ‘Chernobyl’. The film sites of Lithuania make the story real and explosive although the real tragedy took place in former Soviet Republic of Ukraine in 1986. An explosion at the Chernobyl nuclear power plant was dramatic to all the region. Therefore this tour tells you some of the lesser known stories of the disaster, it includes drama of the efforts of the firefighters who were the first responders on the scene, volunteers and survivors, and teams of miners tasked with digging a critical tunnel under reactor 4.

Did you know that principal photography began in April 2018 in Lithuania and the initial filming started in May 2018. A residential area of Vilnius, Fabijoniškės, was selected to become a city of Pripyat, as people say, it maintains an authentic Soviet architecture and environment. In few weeks film production moved to the town of Visaginas (Lithuania) to shoot both the exterior and interior of the ‘Ignalina Nuclear Power Plant Station’, so called ‘Chernobyl’s sister’ due to its nuclear reactor design used at both Chernobyl and Ignalina (RBMK nuclear power reactor). Just a few last final scenes were filmed in Ukraine. The filming of ‘Chernobyl’ movie took 16 weeks. And you are welcome to experience it in 4 days. Touchy, real, and surreal. It’s your only chance for the adventure of the hidden history of the 20th century!

We assist individual and group bookings, price from $ 544,00 per person sharing twin room

Must see places of filming ‘Chernobyl’: 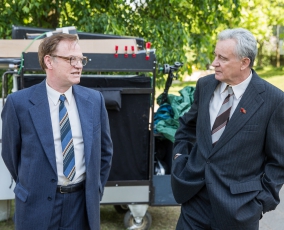 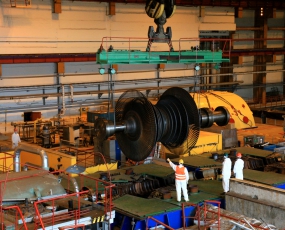 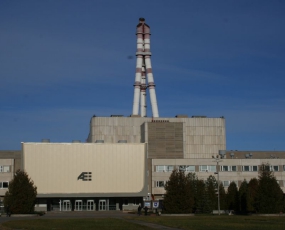 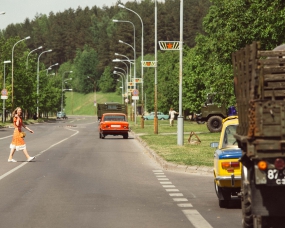 There are no reviews yet.

Request a call back